I listen in the haze of a cloud

Words that soothe and bring a soul strife,

But yet you remain

The magic of modern day life.

Can’t grasp my hands around

This moment that loses itself in time

And I am Young once more.

Am I getting older

Or am I merely locked In The

Is sad capsule of time

for the perfect gawking moment

Of what once was

But is no longer.

The pity party late for the grand parade

But I know you wouldn’t mind,

In my own good time

And I don’t need a light,

Too many years and good sense have run by

And I listen with feverish intention,

Watching the new you tube invention

And it’s grips me hard

Each word played out,

which will never pass again,

And I am no one

And lines will be crossed,

Yet who counts the cost

Who stands and dare say it is just….

Whitewash on a wall

Nothing really, at all.

But to those who know,

Who count the score,

and then effortlessly moves on

Leaving the rest behind,

And you were everything….. 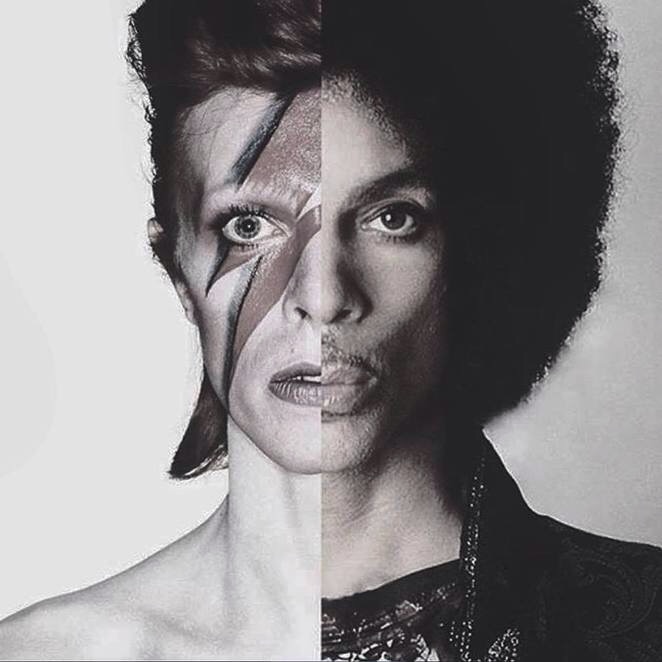 The blue room poet moves through

An apparition of color

Ghostly light filtered in a rainbow

Only hues of blues remain

And the walls welcome the serenity

Of a thought set loose

Riding the wave of a quiet peace

As I drift away.

Paint job all finished on the room and the hurriacaine shutters on the Windows left rainbows on the walls, but when I took the picture, only purple and blue remained even though I could physically see all the Reds, yellow,orange,green, etc….must be the blue room ghost. The candle holder on the table, three monkeys….see no evil, hear no evil and of course speak no evil…. 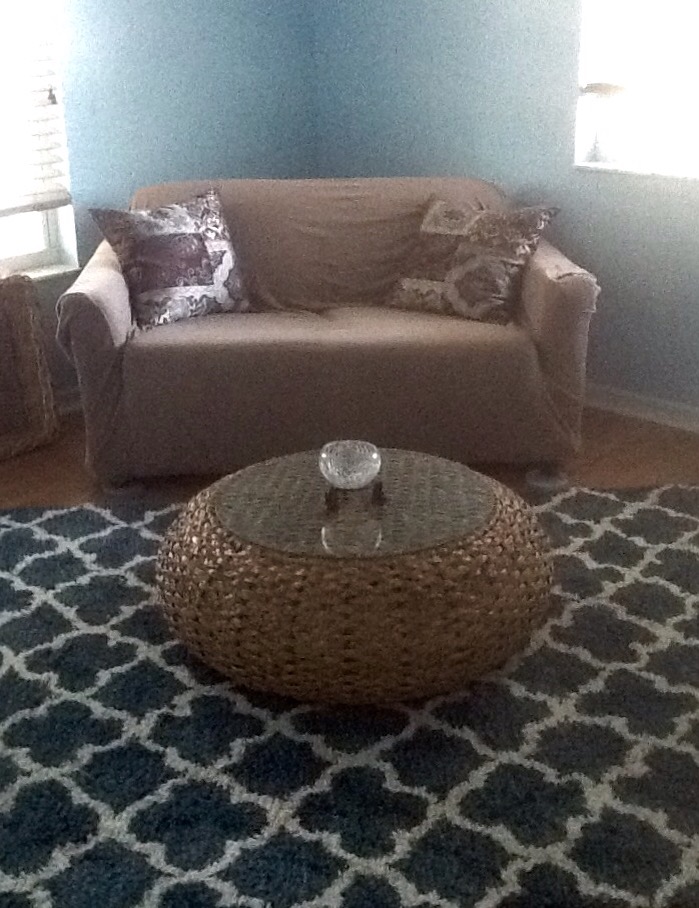 My desk isn’t in yet but the couch and table is inviting me to write….sorry for the grainy shots…will attempt some better ones, and my “art piece” on wood….I think an elephant painted it….I call it beautiful mess….or lightning cactus…. 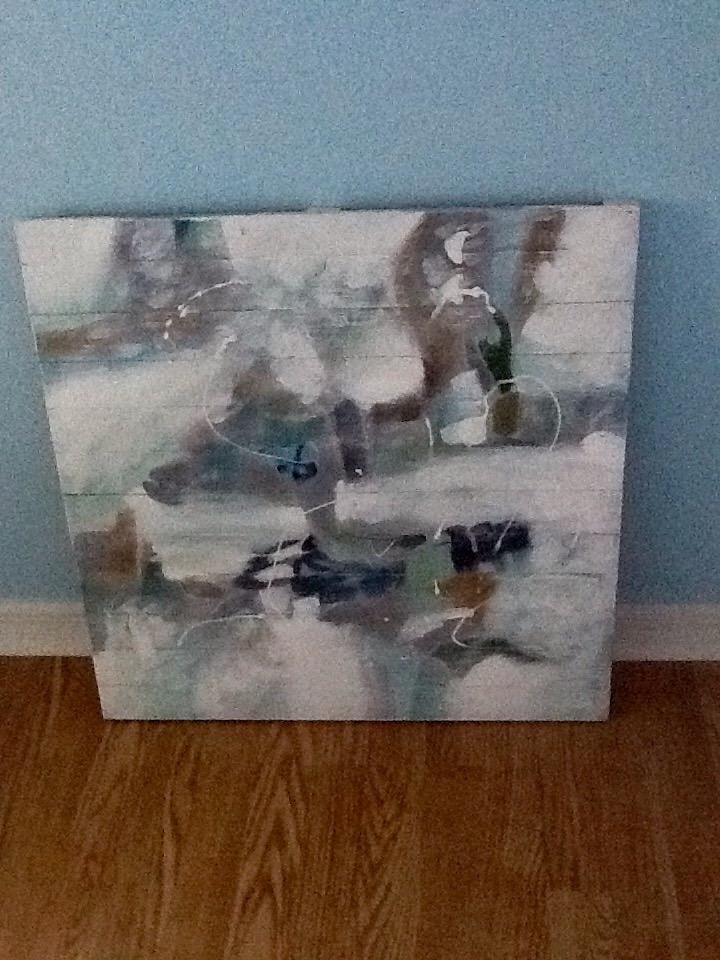 Welcome to the den and writing hideaway….peace all, K

I know, I know, you are all thinking I’m going all religious on you, perhaps lecturing on the old Adam and Eve thing but no folks, sorry….I’m here today to tell you that my dog has become, how shall we say…my hero….I love that dog….yep, she is simply amazing (when she isn’t being a pain in the you know what). Picture the scene, a very long day shopping for room stuff, paint, then back for a paint pan, then painting the entire room in one fell swoop. Well lets just say my aches had aches and I sat down with a nice glass of ice with a shot of Cabernet Sauvignon and diet ginger ale. The sun was setting, the fan was fanning and all was nice and calm at the Paradise hotel. The dogs were out cavorting and chasing the same squirrel that day after day crosses the power line above their heads as they run back and forth with tongues hanging out, waiting for the poor little Walenda squirrel to lose its footing and become a light snack…actually there are a few squirrels who do this non stop all day, I suppose they run high for a reason….but I will get to that, and no the reason wouldn’t be the dogs, or the cat I suppose but something a bit more sinister.

To anyone new to my blog, I should say that Apple is my dog….now my hero, but one of two nitwits that reside here at the Paradise….this is Apple:

Her name is Apple because of the Big Apple where she came from. And she’s the Apple of our eye (also affectionately known as happy Appy, or simple App-the other dog was a non-stop crazy thing and we thought she needed a friend so we got an App for that 🙂 ) Anyway, where was I, oh yeah….Well the two beasts were running around the yard and the sun was beginning to set on the one side of the house and Appy began coming towards her doggy door to park her butt under the fan to cool down and all of a sudden stopped and began to bark. Now it wasn’t the “hey I see you walking past my yard and I don’t like it” bark, nor was it the “I see you stupid squirrel up there in the tree staring at me” bark, it was slow and consistent and close. So being the Mom I am and being able to differentiate between my babies noises, I stood up and went to see what all the hullabaloo was about and she stood close to the house, woof….woof….and looked at me and then looked down with tail pointed out straight. So I stumble out with my aching back and get to where Miss Apple stood and looked down to see what the fuss was….and saw this…. 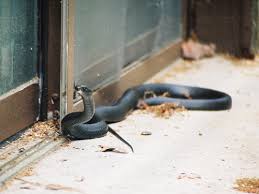 Okay, I copped this from the internet because of course I wasn’t going to stand in sandals and snap a pic of the cute monster snake coiled up below the downspout hissing at us…after all, I couldn’t see its butt to know if a rattle was attached so I grabbed Apple and hustled her in, called the other beast (which is notorious for killing snakes and any small game she can get….but not cats…she has one and loves her) and of course they’re looking at me like I’m starkers and I’m yelling at them because this could be one of the venomous ten feet long slithery things and See the chick at the top, yep, that could be me but it wasn’t. So I did what any sensible woman would do, I went in to the garage to get the five foot snake stick….and no, I’m not like the Hilda cartoon from Haggar the horrible, I don’t beat snakes with sticks….I just wanted to give it a little poke to send it on its way to the neighbor’s house. Now I know you’re thinking I’m all mean and stuff sending it that-a-way but the neighbor loves his black snakes…was quite devastated because he thought his died as he hadn’t seen it for a while. Well that’s because it took us a year to move here, so in the mean time, Sunny the snake moved into our yard and took up residence. Now just so you know, I hate snakes….but I was told the black ones are good as they eat lots of things…and not dogs or cats…..or people for that matter. But a snake should be polite I think and if I surprise them, they should just scoot off yonder out of my way, not hiss at me like they’re gonna go all kamikaze on my butt just because. So Sunny isn’t venomous, the dogs didn’t get Sunny…Apple merely alerted me to the fact that something just wasn’t quite right….Chi would have killed the poor thing and not thought twice. So Apple saves the day, the snake moved off slithering into the back corner….although I would have been happier to see him scale the fence and go visit Mickey for awhile. (Mickey the neighbor…not the mouse). In my research I see these snakes can grow to be 70 inches long….lets pray it doesn’t get to that….I may not be so forgiving and kind. 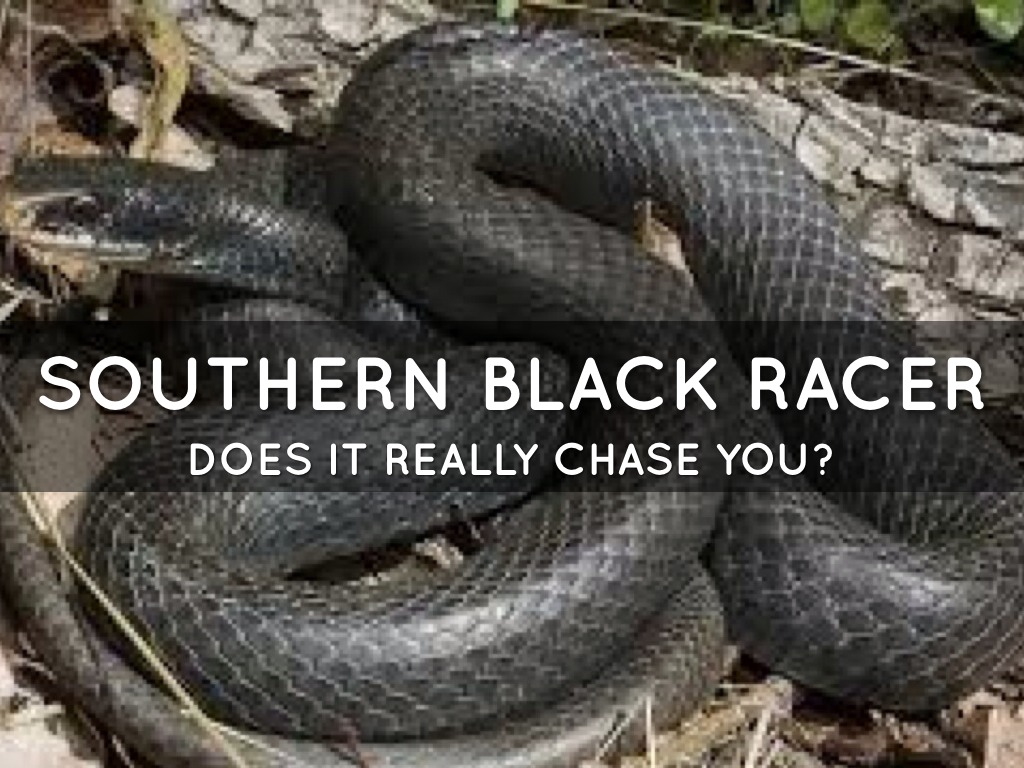 The answer…..not if it wants to live.